Can Rhinoplasty Reconstruct a Nose After Injury? 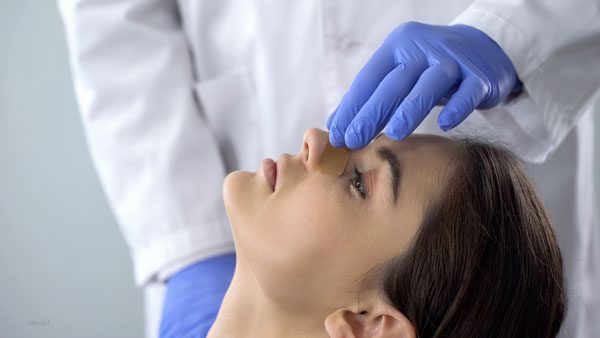 Broken noses are common facial injuries that are due largely in part to the position and projection of the nose.

Sadly, since the nose sticks out from the face, it is at a heightened risk for nasal fracture or other nasal trauma.

This trauma can occur from contact sports, falls, car accidents, physical altercations, or contact with any hard surface.

While some broken noses heal well on their own, other injuries result in the aesthetic and/or functional change of the nasal structure.

Rhinoplasty, or nose surgery, is performed to manipulate the structure of a nose to better the aesthetics and/or functionality.

This surgical procedure can be performed to alter and improve cosmetics, or it can be used to repair a facial injury and restore health to the external and internal nose.

Cosmetic reasons to undergo rhinoplasty include:

Some nasal injuries alter the shape of the nose or affect the airways and lead to lasting and/or potentially life-threatening complications.

Injury and trauma to the nose can result in nasal humps or the general crookedness to the nose.

These injuries result in a less-than-ideal cosmetic appearance and can permanently change the contour of the nose if it is not repaired.

Facial injuries commonly result in a restriction or blocking of the nasal airway. This restriction leads to trouble breathing, nasal congestion, sinus infections, and even sleep apnea.

When a blood clot develops behind the nasal septum, it can cause a condition called nasal valve collapse. This condition can prevent the natural breathing process.

When a nose is broken, it is at a higher risk of developing an infection in the nose, sinus cavities, or facial bones, according to the University of Michigan Medicine.

When infections are not discovered and treated, they can worsen and spread to become potentially life-threatening.

How Is Rhinoplasty Performed to Repair a Nasal Injury?

As everyone’s nasal injury is specific to them, the necessary treatment will also be tailored to the patient.

Dr. Durand will apply the necessary techniques to correct the aesthetics and functionality of an injured nose.

This procedure can be performed through a closed or open technique, and Dr. Durand will advise you which method is best for you during your consultation. 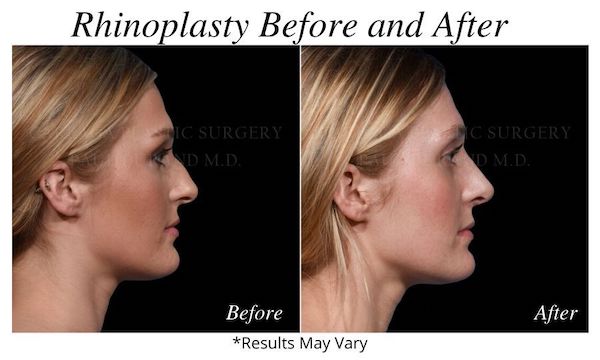 Septoplasty is a form of nose surgery that can be performed alongside rhinoplasty.

After an injury, the nasal septum—the cartilage that separates the nostrils—can heal crookedly, making one airway larger than the other.

This situation is known as a deviated septum, and it can lead to difficulties breathing, headaches, and recurring sinus infections.

Septoplasty repositions the septum to allow for even airflow between the nostrils.

Rhinoplasty can be performed initially after a nasal injury or years down the line to correct an aesthetic or functional condition.

If you are suffering complications after a nasal injury, contact Careaga Plastic Surgery by filling out our online contact form or calling our office at (305) 574-9262.